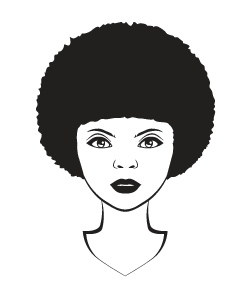 Do you remember the last time you really started thinking about the problems you have had in your life? Although many people are quick to forget about the hard times they have had, coming to grips with your personal challenges is a great way to resolve longstanding issues. I started thinking about life improvement, and a friend suggested that I start with square one by working with a therapist. It was really cool to talk about my challenges, and before I knew it, things were really on a positive path. Check out this website to learn more about understanding and resolving life's challenges.

Drug Addiction Signs To Watch For In Your Teen

Teenagers experience all types of things in their life that may cause them happiness, anxiety, or changes in friendships. They're growing and finding themselves, but within this time period, some may find the wrong path. Some teenagers may turn to drugs and even become addicted. If you aren't sure what to watch out for, you may be missing some key signs. Read on for drug addiction signs in your teenager.

If your once-happy teenager is suddenly more moody, it may be more than teenage angst. It could be a sign of drug addiction or drug usage. If your teenager is angry for no reason or has severe mood swings, keep an eye on this.

Changes in appearance such as poor grooming, not showering or changing their clothing as they normally would, or a change in complexion may be due to drug use. Depending on your teenager's drug of choice, he may have more pimples on the face or pock marks. You may also notice puncture marks on the arm if he is using needles to inject drugs into his system.

Other appearance changes you may notice include very large or very small pupils or red, bloodshot eyes. Your teenager may also have bloody noses often, when they didn't have nosebleeds like these before.

Sure, teenagers are going to find new friends, but if there's an extreme change in friendships and your teenager is hanging out with the "wrong" crowd, you may want to keep an eye out. Ask questions about these friends and find out more about them. This new crowd may be doing more than just hanging out and playing video games.

On the same token, if your teenager is keeping to himself more often and is suddenly more private, that too may be a red flag.

Changes In How They Spend Money

If your child is suddenly spending money and you aren't seeing where the money is going, it may be being spent on drugs. If you are the one giving your teenager money, stop giving them money until you know for sure what the money is gong towards. If your child is stealing money from you or you notice money in your home going missing, there may be a reason for this.